Below the picture, is a moving tribute from our colleague Harvey Rosenthal about Ed Knight.

I was saddened to hear of his passing. Over twenty years ago when I was director of NAMI-NYS, I had an opportunity to work with Ed. Back then, the family and peer movement were at odds on several issues. There were people like Muriel Shepherd, Jerry Klein, Ed and Harvey who would always willing to work to bridge the gap without compromising their principles.

Ed’s personal story of recovery, his brilliance and his compassion shown through in whatever he did. He could be challenging in regard to the family movement, but his personal credibility and his moral compass made working with him an honor. He will be greatly missed.

In Honor and Memory of Ed Knight

I learned a few days ago that Ed Knight passed away last year.

Ed was my mentor, my friend, my partner and one of the most inspiring and important people I will ever know.

I recall going with Ed and Cliff Zucker to help defeat an initiative that would have lowered the standard for involuntary hospitalization. And joining forces to gather testimony from former state hospital residents that helped greatly reduce the use of seclusion & restraint. And holding forums across the state to give folks a chance to tell their story and share and release their past experiences of trauma, coercion and abuse.

I have a fond memory of working together with Ed to get hundreds of self and system advocates to the Capital from all across NY to successfully advocate for the closure of 5 psychiatric hospitals and the creation of the Reinvestment funding stream that produced countless millions of dollars for new peer and recovery services.

I was introduced to the movement by Ed when I was director of Albany’s club program. He introduced me to Joseph Rogers and Moe Armstrong and Isaac S Brown and to Courtney Harding’s recovery research. He laid out so clearly the playbook about what was needed to help move our systems to promote recovery and rights.

I watched him teach on meditation and Buddhism and, at the same time, saw him take out his medication bottle time after time to let folks know he wasnot ashamed about taking meds. He openly shared his experience with 12 step programs and some heart rending experiences of his earlier life on the streets and in hospitals.

He told me the story of how hospital staff deprecated his goal of becoming a researcher and then told us all to hang on to our ‘delusions’ because they are our dreams, because indeed Ed became a leading researcher on the effectiveness of self-help groups. I recall late night phone conversations that went on until I fell asleep.

I will never forget how he joined forces with Cheryl MacNeil and me to develop the Peer Bridger model in 1994. And I remember when he generously steered us to get one of our first managed care peer service contracts a decade later.

Most of all, I can’t count the times that when I felt too scared or exhausted to drive hours to give another talk, I would remember how Ed endlessly traveled across NY to launch peer support groups like the Johnny Appleseed of recovery that he was.

My life was forever changed and inspired by knowing Ed. He was a giant and a hero and a teacher and a leader.

Rest in peace Ed and know how very much better the world is because of the extraordinary devotion, intelligence, wisdom and love you shared with so many of us and with the generations to come. 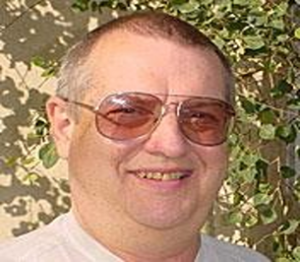