A few weeks ago at the National Behavioral Health Conference, Dr. Lloyd Sederer received an award for excellence in his role as the Chief Medical Officer of the New York State Office of Mental Health. The award is no surprise given his stature as both a leader in New York and on the national level. He has been a leading voice around so many important issues including family engagement, suicide prevention, anti-stigma efforts and much more. We will miss him as he is stepping down as the Chief Medical Officer at OMH. He leaves a very impressive legacy.

We welcome Dr. Thomas Smith as the new Chief Medical Officer. He has been a major voice on issues surrounding Medicaid Managed Care, HCBS Services and many other areas of policy. Like Dr. Sederer, he has been a supportive, intelligent and consistent voice for engaging stakeholders.in the policy making process. We look forward to working with him. 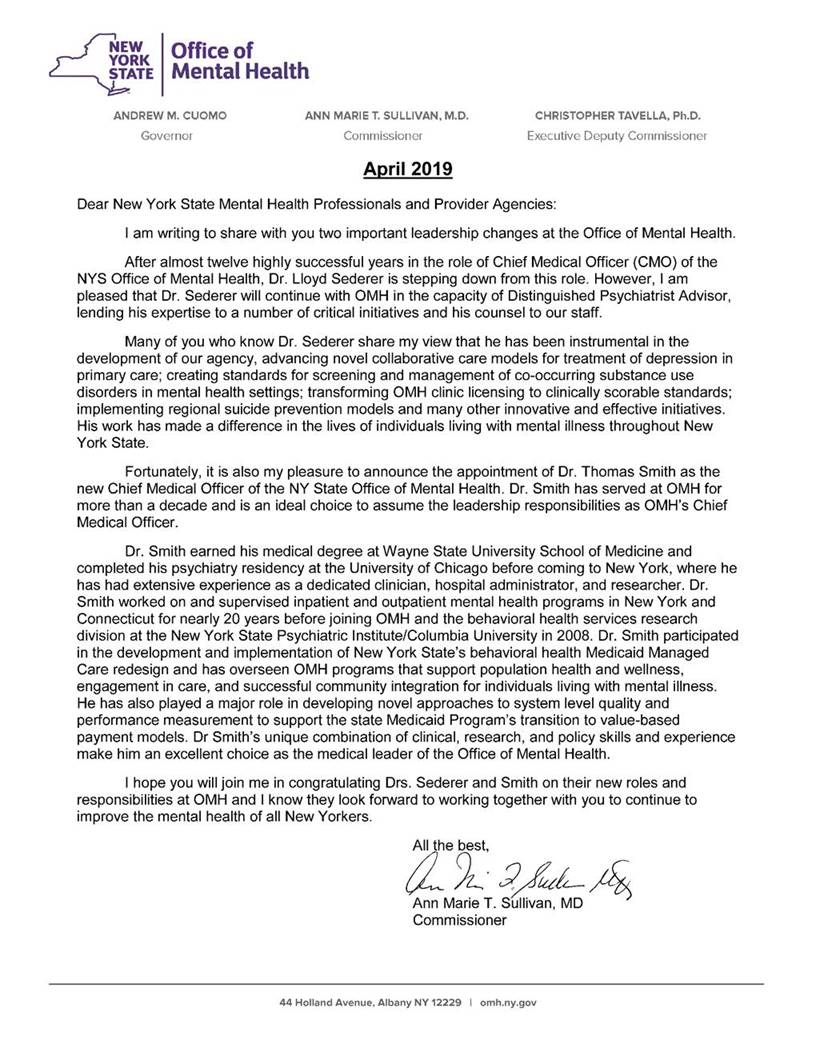